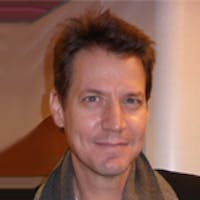 Jon Stewart is Associate Professor at the Søren Kierkegaard Research Centre at the University of Copenhagen. He is the author of several monographs, including Kierkegaard’s Relations to Hegel Reconsidered (Cambridge) and Idealism and Existentialism (Continuum). He has published several volumes of translations and has edited more than thirty anthologies of secondary literature on Kierkegaard and European philosophy.

He is the president and founder of the International Kierkegaard Society and a member of the Royal Danish Academy of Science.

Søren Kierkegaard - Subjectivity, Irony and the Crisis of Modernity