AI and the Illusion of Intelligence

AI and the Illusion of Intelligence

Will AI soon be surpassing humans? This is rapidly becoming one of the central questions of our time -- but it is the wrong question. In this course, we will provide a non-technical look at where AI has come from, and where it is going. We will see that there is no reason to expect that AI will be surpassing humans. Instead, what we are learning to create with AI is the illusion of intelligence. 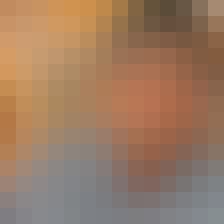 Centrally located in Copenhagen, the capital of Denmark, Copenhagen Business School (CBS) is one of the largest business schools in Europe with close to 23,000 students. CBS offers world-class research-based degree programs at undergraduate, graduate, and PhD levels as well as executive and other post experience programs.

Can AI match or surpass human intelligence? This is rapidly becoming the central question of our time -- but as we will see, it's the wrong question. In this module we will see that we can gain insight from centuries-old ideas about machines and intelligence.

Week 2: The Technology of Language

As Turing foresaw over a half-century ago, there has been a stunning development in computer technology, to the point where computers can mimic aspects of human intelligence. But something much bigger has happened -- we have begun for the first time in history to profoundly understand the nature of human intelligence, especially concerning language, in what has become known as the cognitive revolution. When we think about AI, we tend to think about the machines -- but in fact, it has always been all about us.

Week 3: Will Computers Ever Understand Us?

There has been impressive progress in AI development, especially concerning language technology. But the whole point of using language is to communicate meaning -- is AI progressing towards the goal of understanding meaning? Does it even make sense to think that a computer could understand us?

With the Turing Test, Alan Turing suggested that computers might conceivably match or even surpass humans -- this is something more and more people are worried about. But Turing also showed, with the Halting Problem, that many problems go beyond what can ever be computed. There's no reason to assume that human intelligence could ever be captured by computation. More importantly, human intelligence and abilities are not static -- and AI is best thought of as a way of amplifying human abilities.