Welcome to the Nordic Particle Accelerator Program's (NPAP) Massive Open Online Courses and to the fascinating world of particle accelerators!

Did you know that in the year of 2000 there were more than 15 000 particle accelerators in the world? Yet, today it has grown to more than 30 000 of them! A third of the particle accelerators are dedicated to medical applications, such as radio therapy, and a half are used for ion implantation in semiconductor devices. Also numerous particle accelerators are used for sterilizing food. Despite these everyday life examples of small particle accelerators, it is the large accelerators, like the Large Hadron Collider at CERN, that most people associate with particle accelerators. There will be many new applications for particle accelerators in the future and by that there is a need for MOOCs that describe the techniques and applications of these machines.. The NPAP series of MOOCs consists of three MOOCs designed to disseminate knowledge about particle accelerator technology to impacted fields. The courses have been made possible thanks to the support of the Erasmus Plus, Strategic Partnership funding of the European Commission and thanks to the dedicated lecturers from the universities of Lund, Uppsala, Arhus, Oslo and Jyväskylä, and by experts from the MAX IV Laboratory and European Spallation Source (ESS), both in Lund, Sweden. In many of the lectures we detail the MAX IV Laboratory and ESS - currently hosting the most powerful synchrotron light source and neutron source in the world. In the MAX IV Laboratory intense X-ray beams are produced by electrons that are first accelerated to almost the speed of light, and at ESS protons will be accelerated and, by a process called spallation, generate intense beams of neutron. The X-ray and neutron beams are used for looking into matter, down to the atomic level. The MAX IV Laboratory and ESS form a unique European center of excellence for thousands of scientists that together build the world of tomorrow. We also take a closer look at the Large Hadron Collider, at CERN, in Geneva. This powerful machine has already had an immense impact on theoretical physics and will continue to contribute to our knowledge of nature for quite some time. The first course in our NPAP series is the Introduction to Particle Accelerators. It explains how a particle accelerator can generate light of wavelengths down to one Angstrom. It also explains how the ESS facility can create a massive flux of neutrons by accelerating protons and let them smash into a disk of tungsten. The initial modules provide the basic knowledge about linear and circular accelerators that is required to understand other types of accelerators, like the Large Hadron Collider (LHC), at CERN in Geneva. We describe LHC and give an introduction to the elementary particle physics it is used for. We continue by describing some new concepts for future particle accelerators, like plasma driven accelerators. The second MOOC in the series is called "Fundamentals of Particle Accelerator Technology (NPAP MOOC)" and offers four modules: The Radio Frequency (RF) System of Accelerators; Magnet technology for accelerator; Beam Diagnostics; Basics of Vacuum techniques. The third MOOC is - Medical Applications of Particle Accelerators, which offers the four modules: Introduction to the course and radiotherapy; Linear electron accelerators for radiotherapy; Proton therapy part I; Proton therapy part II and the production of medical radionuclides. The three MOOCs can be taken either separately or as a package. For students that intend to take all three courses we recommend that they are taken in order. Get started and join us on this journey through the world of particle accelerators and be amazed by their importance for our lives and societies! Best Regards, The NPAP Team! 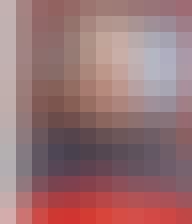 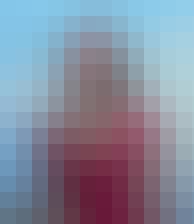 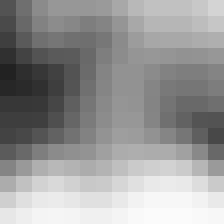 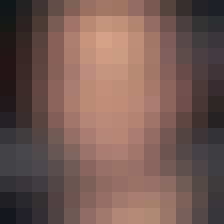 Lund University was founded in 1666 and has for a number of years been ranked among the world’s top 100 universities. The University has 47 700 students and 7 500 staff based in Lund, Sweden. Lund University unites tradition with a modern, dynamic, and highly international profile. With eight different faculties and numerous research centres and specialized institutes, Lund is the strongest research university in Sweden and one of Scandinavia's largest institutions for education and research. The university annually attracts a large number of international students and offers a wide range of courses and programmes taught in English.

In addition, International Institute for Industrial Environmental Economics (IIIEE) is part of the university and works to advance strategies for sustainable solutions through cutting edge interdisciplinary research, high-quality innovative education, and effective communication and strong partnerships.

This module is about photon light sources. In particular it describes how electromagnetic radiation is produced in particle accelerators. The wavelengths of the radiation that is created in accelerators range from several meters down to a few angstrom. These electromagnetic waves help us to develop new materials and drugs, and also to reveal the inner structures of objects.

This module explains how electromagnetic radiation can be created by accelerating particles and the different characteristics inherited. After a brief history of the discovery of synchrotron radiation the module focuses on the characteristics of synchrotron radiation and its features. The second part describes the magnetic devices that make electrons radiate light, while the third and last part is about Free Electron Lasers, a new type of light source that generates very coherent radiation.

This module is about particle accelerators that create neutrons. It first describes how protons, or heavy ions, with large kinetic energies create neutrons as they are smashed into the nucleuses of heavy atoms, a process called spallation. It then discusses how the neutrons created in the spallation process can be used to reveal the atomic structures of materials and the inner structures of objects. The second part of the module gives a detailed description the European Spallation Source (ESS), located in Lund, Sweden. In particular it describes the different parts of the 600 meter long linear accelerator of ESS that accelerates protons to large kinetic energies.

This module describes particle colliders and explains why we need them. After a brief history of colliders it focuses on the Large Hadron Collider (LHC), which is the world’s largest collider. This is followed by two lectures on linear colliders, exemplified by two proposed electron-positron colliders, CLIC and ILC. Finally the module discusses different options for the next generation of circular colliders.

We are constantly working on sharing more knowledge and fun resources with all of you! As such, we have created this module as a platform for more exciting new knowledge and materials that will be added to this course in the future as fun extra curricular activity! Notifications will be sent out to registered learners when we launch these updates, so stay tuned and keep an eye out for these updates in the future!

Well done! You have now successfully finalized the course!

10 minutos para completar
1 lectura
1 lectura
Well done and thank you for your participation!10m

This course provides fair knowledge about Particle acceletarors from the very basic.

Informative course, well paced and the information is clearly laid out for learners.

Excellent course. Everything was explained precisely. Really got inspired by the teaching and the content.