Did you know that Arabic was for centuries the lingua franca in an area stretching from the south of Spain to the Chinese border? Did you know that the Middle East under Muslim rule in those days was the world’s beating heart of trade, but also of science and scholarship?

Did you know that Islam in its formative period was heavily influenced by existing cultures in the region, like Indian, Greek, Persian and Byzantine culture? Did you know that for many centuries after the establishment of the Muslim Empire the majority of the population remained largely Christian and Jewish? Did you know that they held a protected status in Islamic law? Did you know that this generally open-minded, curious and open society stimulated many great innovations and inventions? Did you know that European scholarship in the Renaissance leaned heavily on the texts and inventions from the Middle East which were the outcome of this sophisticated advanced society? In this course we will focus on the fascinating history of the Arabic Medieval World. We will take you on a journey through the Middle Ages starting off in eighth-century Baghdad. Along the old pilgrim trails we will go to places like Mecca, Jerusalem and Najaf. We will show you the impressive markets of places like Cairo and Samarkand. However we will not hide the dark sides of society either, by introducing you to the flourishing widespread slave trade. We will visit the Abbasid court, the Harem of the caliph, and the palace of the Mamluk Sultan. We will show you some beautiful medieval manuscripts, that live on as the silent witnesses of the impressive achievements of scientists and medical doctors of this forgotten era. All along we will present you with historiographical debates and dilemma’s. Reflecting on the way we look at and interpret history. And while taking you on this journey, we will travel back and forth in time explaining to you how events of the past affected and shaped the world as we know it today. Welcome to the Cosmopolitan Medieval Arabic World! Enroll now and follow this course for free. --- Testimonial: Dear Prof. Sijpesteijn I am sending this email in gratitude for the Leiden University team for this course. Please thank the Faculty of Governance and Global Affairs for offering it on Coursera, the Faculty of Humanities for creating the lovely course content and the excellent reading material. Rarely have I seen an MOOC that is this well-researched and thought through. This is in addition to the excellent resources provided and the creative media. I finished the course and presently doing the honors-track. If I may introduce myself, I am Radi Radi, a Palestinian-Jordanian who lives on "Shajaret Al Dur" St. in Amman, Jordan. It was quite an coincidence to learn about her here. I work as a pilot and currently we are not flying anywhere currently so I thought of finishing this course. I am a Bachelor of Civil Engineering from Ryerson Univeristy, Canada and this really felt like the 100-level electives I took in that it really is a university-level course. I have bought a few books that I have read about in your course and that meant that I have something else to do in this corona-imposed hiatus. After Once aviation kicks back into gear, I hope to be flying to Amsterdam Again. When that happens, I plan on bringing you guys a gift from Amman for your efforts. Many Thanks Radi Radi 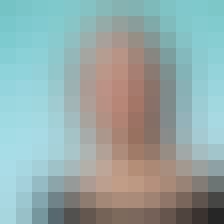 Leiden University is one of Europe's foremost research universities. This prominent position gives our graduates a leading edge and prepares them for careers both within and outside of academia. Leiden University is the oldest university in the Netherlands, founded in 1575. Our motto is: Praesidium Libertatis (Bastion of Liberty) - Freedom of spirit, thought and expression. Leiden University has a campus in Leiden and The Hague, with 7 faculties, 47 Bachelor Programmes, 79 Master Programmes and nearly 30,000 students.

Welcome to this Course

Great that you are joining us! In this course you will learn about the Cosmopolitan Medieval Arabic World. Before you start with the course we invite you to first go through this module and introduce yourself in the forum to meet your fellow learners. If you encounter any difficulties while studying, please let us know in the forum. For technical difficulties or questions regarding the course certificate, you can always contact the Coursera Learner Helpdesk. Good luck & we hope you will enjoy this course!

In this Module we will examine the Islamic City. We will discuss if such a thing as "the Islamic city" exists. If so, what are the features that we are looking for ? We will also focus on specific examples of cities in the Medieval Middle East, most notably Baghdad. How was it possible that Baghdad grew to the size that it did? And what role did hygiene and medical care for instance play in that growth?

In this Module we will focus on diversity and connection by looking at religion. We will explore Medieval society and zoom in on the fact that many different religions and religious views coexisted. We will see that different religions shared practices. Sometimes they would even worship in the same place. But we will also show examples of tension and the interaction between politics and religion. Furthermore we will try to find out how religious travelling shaped society.

In this module we will take a look at trade. For the Medieval Middle East, trade was immensely important and it owed much of its wealth and prosperity to trade. There are the romantic images of caravans carrying lush fabrics, porcelain and gold along the desert roads of the silk route. And there is the dark side of a flourishing slave trade. But how correct are our images of what the Islamic or Arab world was and is like? Why is it that many people know about harems and very few people know about the legal innovations that enabled trade that we will also discuss in this module? To explore that question further we will introduce you to the concept of Orientalism.

In the last Module we introduced the slave trade in the Medieval Middle East. In this module we will further explore slavery. How was it possible that some of the most powerful people in society, both men and women, were or had been slaves? We will discuss the outrage that followed professor Jonathan Brown's views on slavery and Islam. And with the concept of Orientalism in mind, we will try to sketch a more realistic picture of Harems.

In this module we will focus on science in the Medieval Muslim world. How did scientific inventions of the Medieval Arabic world make their way to Europe and how did they eventually contribute to shaping today's world? How was knowledge preserved and how did books travel through the ages? We will research if survival of ideas and sources was a matter of sheer luck, or if we can recognize some patterns.

In this Course we tried to show you that the Medieval Islamic world was diverse advanced and connected. We have also focused on the danger of over- or under-representation of historical facts. Lastly we have tried to connect the past to the present by explaining and showing how events that took place a long time ago still affect today's world.

An excellent MOOC. Well put together and delivered with stimulating topics and interesting reading suggestions.

Fascinating and good structured course, in the tradition of the Great European Orientalists

I strongly suggest for everyone to do this course as it holds MANY surprises about the Medival Arabic World.